Many people are active in fighting against unfair treatment to colored people， women ， animals and so on. Right now I am talking about fighting for respect to our environment. Though the environment doesn&rsquo;t have a mouth to deprecate what humans have done to her， she retaliates through action. In the early years the Chinese cut down large quantities of trees， at the source of the yellow river， which led to the disappearance of big forests and terrible floods.

As a result，the Huangtu plateau which was once covered with grass and forests was turned into barrens that supported fewer plants. Another example was in several developed countries. Because many chemical factories discharged poisonous gas without filtering it， cities were covered with so much poisonous gas that people were killed by the air they breathed in. What horrible scene！ What we are suffering is only a small part of what the nature once suffered. If we don&rsquo;t take action to show respect to the environment， we will have to face an increasingly awful situation. Measures should be taken to protect the environment on which we are relying.

First governments should forbid destroying vegetation， rivers and lakes， oceans， as an... 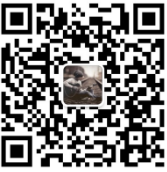